To support efforts to contain the spread of COVID-19, all four locations of the Fort Smith Public Library will be closed until further notice.  For information on how to contact library staff, curbside pickup of library materials, the new digital access-only library card, and more check our Facebook page or the library website. 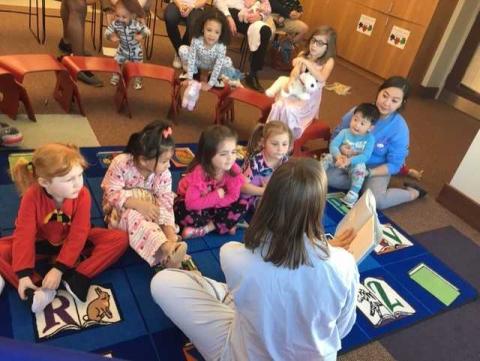 The Miller Branch Library recently hosted a special storytime event on the evening of March 26th.  Children were encouraged to wear pajamas and bring a beloved stuffed animal to cuddle with while they enjoyed the storytime, which featured monster stories, monster songs, and a pajama craft. 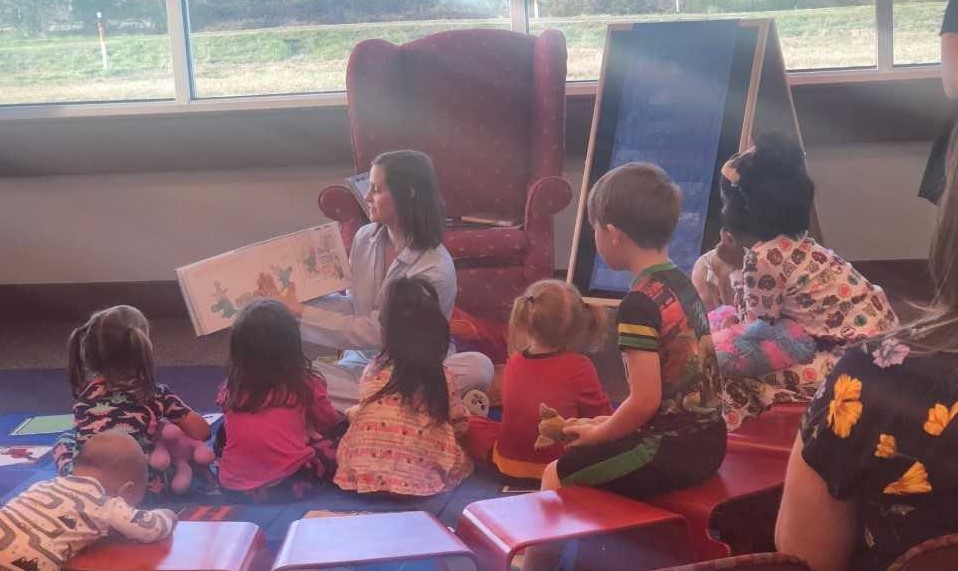 After storytime, children answered a questionnaire about their stuffed friends and "checked them in" to the library for the night.  Once the library closed for the evening, the stuffed animals settled down for a rest...  Or did they...?

Photographs made throughout the night suggest the stuffed animals were interested in everything BUT sleeping.  First, the animals decided to catch up on the local news by reading the Times Record newspaper. 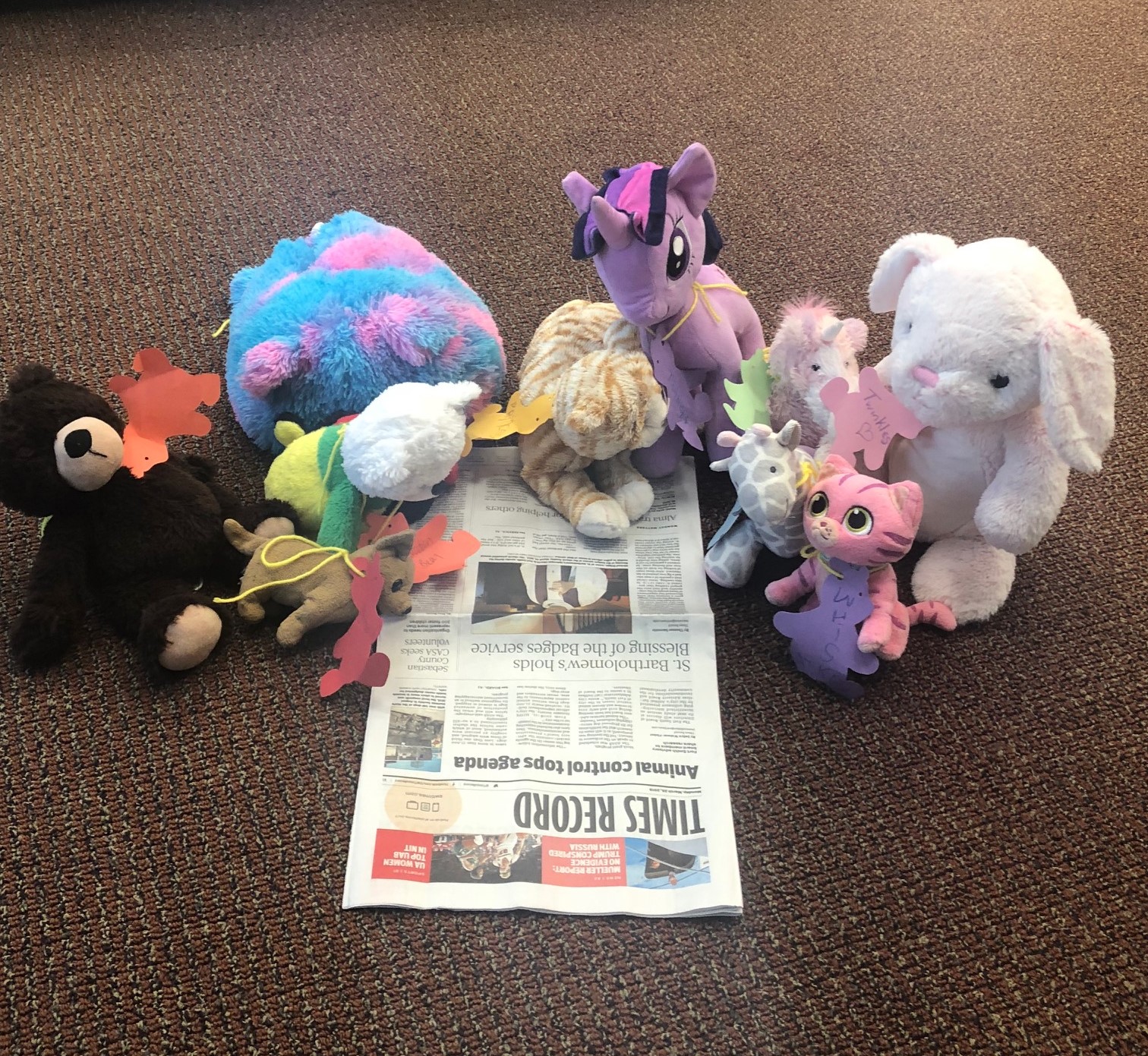 After finishing the news, the stuffed friends decided to look for some good books to read in the children's nonfiction section.  They demonstrated their knowledge of the Dewey Decimal System and found books about pets. 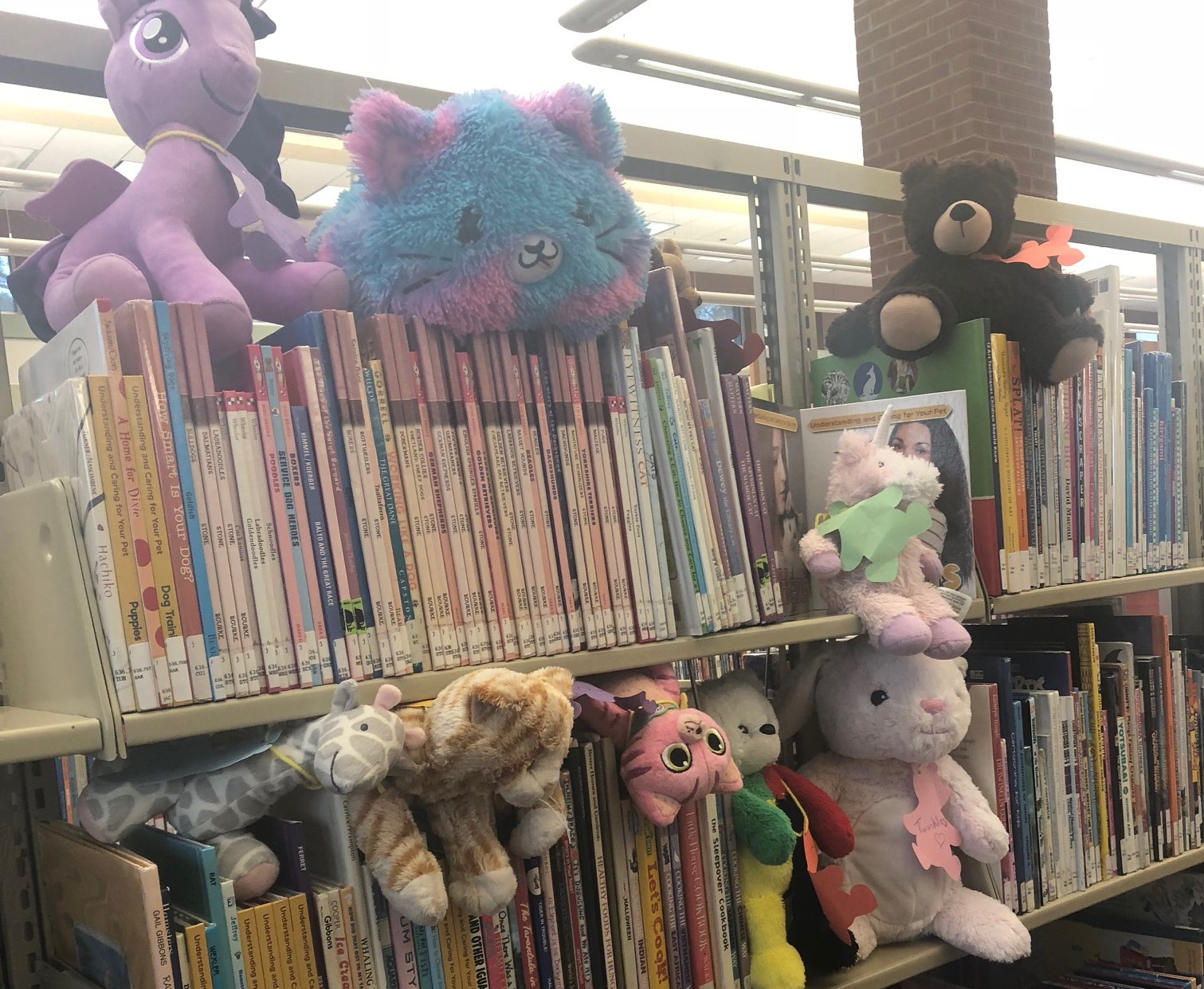 The stuffed animals helped the librarian by checking books back into the library. 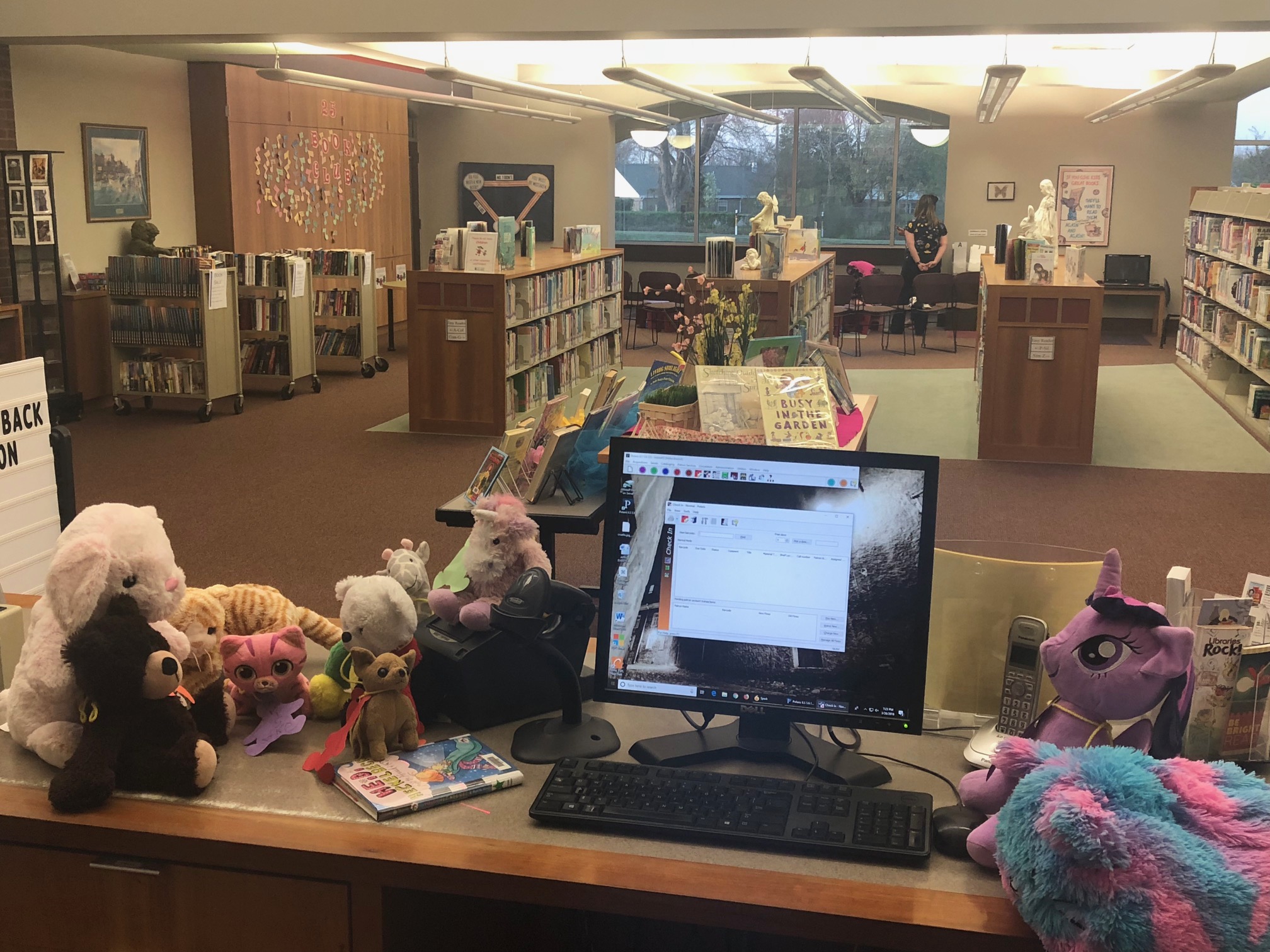 By this time, the animals were becoming sleepy.  They had experienced a lot at the library!  Mrs. Tiffany was finally was able to calm everyone down with a bedtime story. 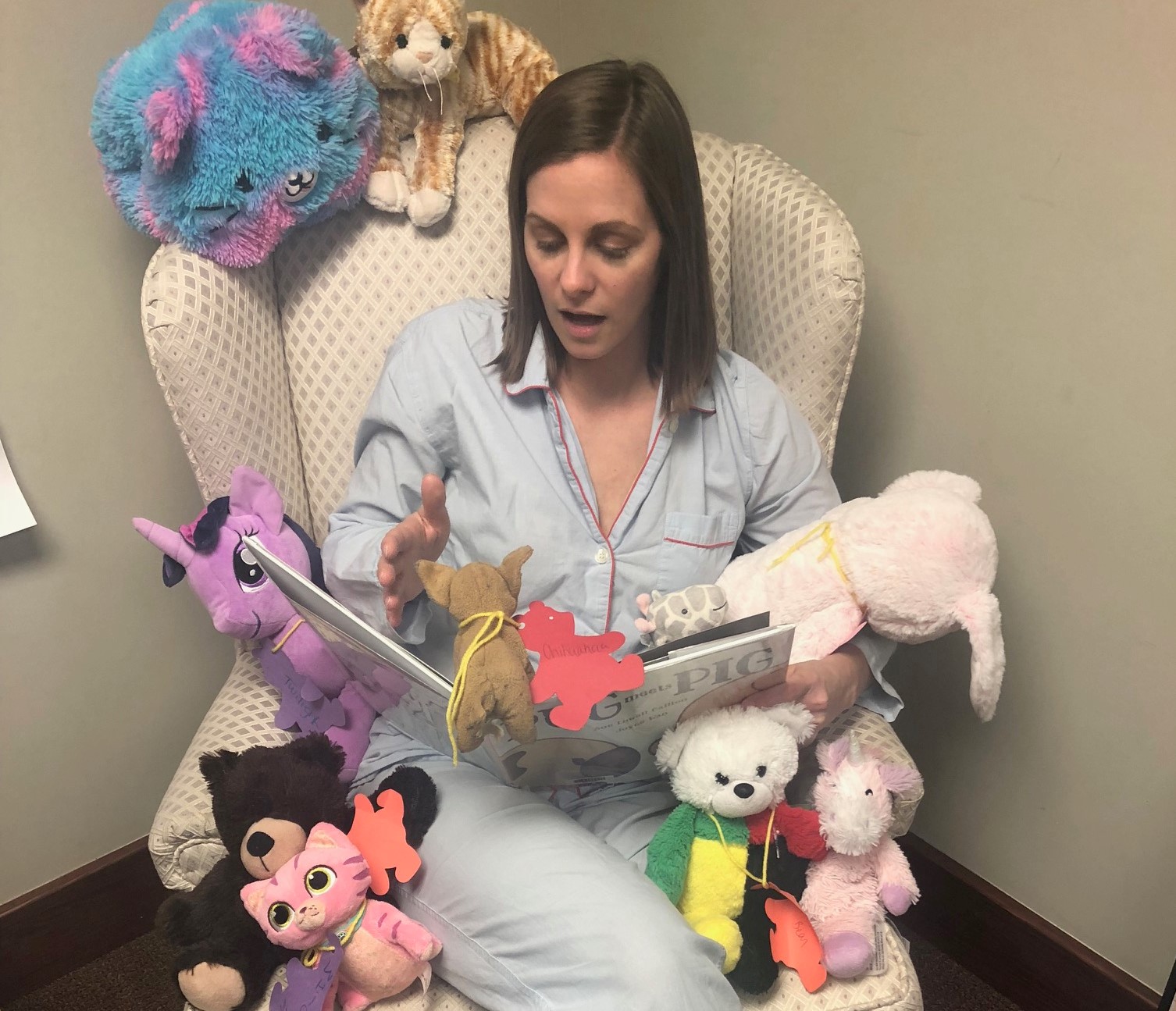 And THEN (finally)... Everyone went to sleep. 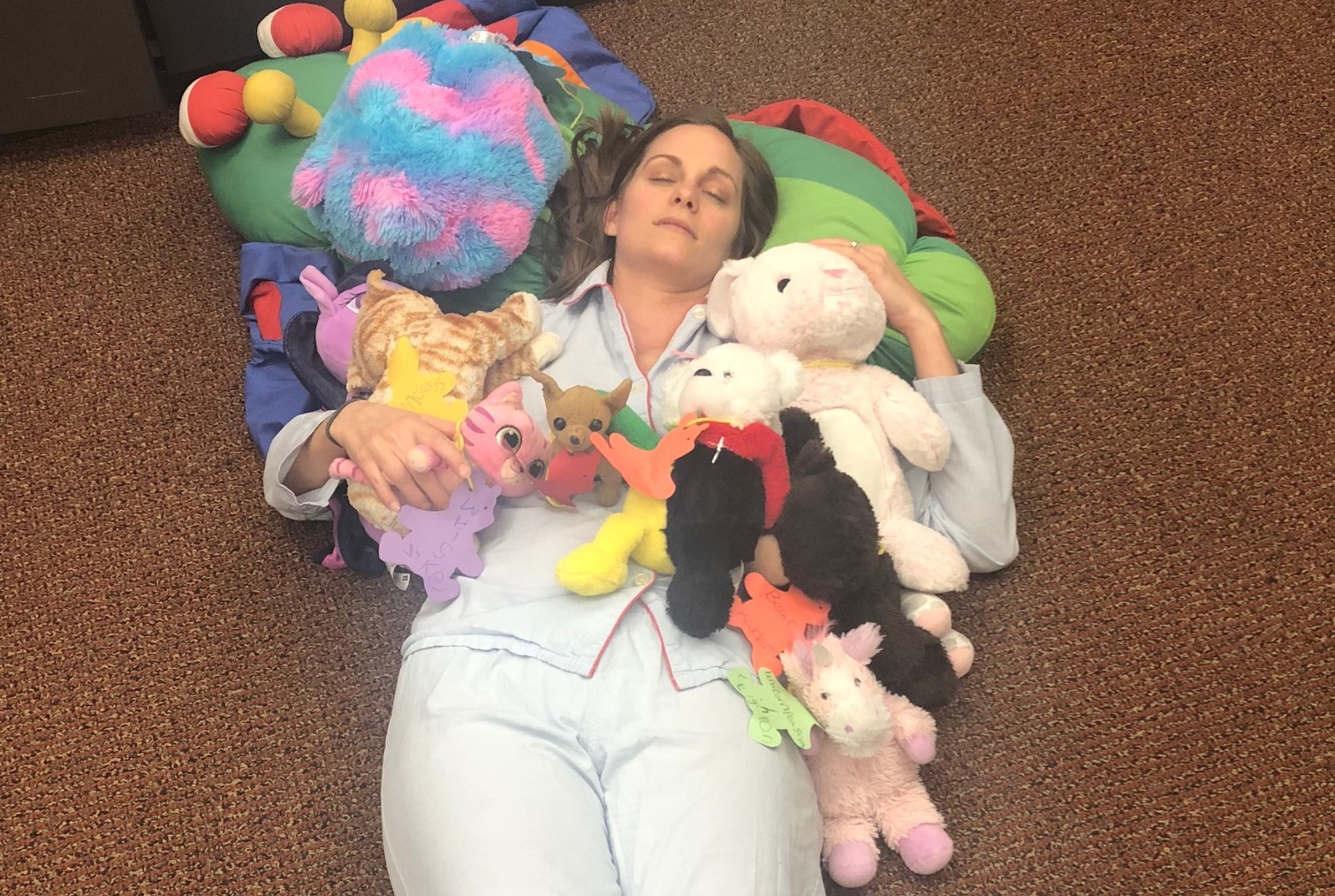 Children were able to pick up their stuffed friends the next day, when the library opened, and were given their own copies of pictures featuring the library shenanigans from the previous night. Everyone had a great time, and we can't wait to do it again next year!