All FSPL locations will be closed today due to the winter weather.

The Fort Smith Public Library traces its beginnings to 1888, when a small group of Fort Smith ladies established the Fortnightly Club.  A social and literary club, Fortnightly members were mostly upper-class, civic-minded women.  They met every two weeks in a member’s home to discuss an essay or literary work.  Several of the women were married to prominent Fort Smith men.  Mary Parker, wife of Judge Isaac C. Parker, was the club’s first president.  Florence Clayton, wife of U.S. Attorney Henry H.H. Clayton, was a founding member.

Conversation at Fortnightly Club meetings frequently turned to the need for a public library in Fort Smith.  In September 1891, a committee composed of Mrs. C.R. Cummings, Mrs. R.E. Jackson, Miss Lizzie Myers, and Miss Ida Ayres was appointed to interview leading citizens on the possibility of getting funds for a library.  As momentum built, they took the formal step of forming the Fortnightly Library Association, with a permanent public library as its goal.  Memberships were sold for $5 each.  The Fortnightly Library Association opened a library on July 27, 1892, in the Belle Grove school building.  There were 1,100 books on the shelves.  The initial collection included donations, books used for Fortnightly Club study and discussion, books purchased with the proceeds of the membership fees, and a collection of books on indefinite loan from St. John’s Episcopal Church.

Later that summer of 1892, the library moved to free space in the probate courtroom of the county courthouse.  A year later, the Association reported that the library had been open on 51 Saturdays from 2-6 p.m.  They noted that one exception was the Saturday after the cyclone when every hand was needed for the work of relief.  By 1902, it had grown to be the largest public library in Arkansas.

One of the first actions of the new library board was to select the site where the library would be built.  They chose three lots at 318 North 13th Street owned by Mary Parker, widow of Judge Isaac C. Parker.  The Parker family home, where Judge Parker lived at the time of his death in 1895, had stood at this location.  The home had been destroyed by the devastating tornado that hit Fort Smith in 1898.  The library purchased the land for $4,750.

The cornerstone of the new building was laid on March 23, 1907, a gala day in Fort Smith history.  The building design was modeled after that of the Carnegie Library in Guthrie, Oklahoma, which opened in 1902.  The Carnegie City Library opened its doors for business on January 1, 1908, and the formal dedication was on January 30, 1908.

The total cost of the building, including the $4,750 for the purchase of the land, was $37,933.20.  The library opened with 3,200 books on the shelves.  Miss Starr Weaver was appointed the Librarian of the Carnegie City Library at a salary of $500 per year; Miss Eleanor Reynolds was Assistant Librarian and was paid $400 per year. 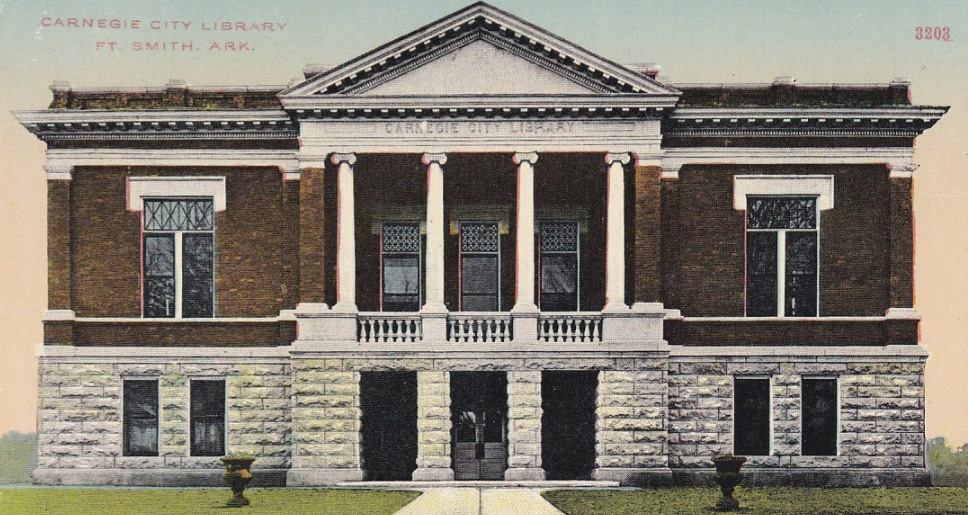 From all accounts, the Carnegie City Library fulfilled the vision of the ladies of the Fortnightly Club for what Fort Smith’s public library should be.  The library began offering storytime for children in 1909.  In 1910 the Fort Smith librarian joined with the Little Rock librarian to begin the Arkansas Library Association.  Efforts to increase awareness and use of the library were ongoing.  Posters about the library were distributed at the post office, in the train station, and at area hotels.  Librarians visited schools to tell children about library offerings.  They staffed a table at the “inter-state” fair to tell fairgoers about the library.  They began distributing books to library “sub-stations” in 1914.

Budget challenges were constant, but library finances improved In 1943 when the citizens of Fort Smith approved a ½ mill tax on real and personal property to support the library.  The annual budget jumped from $8,500 before the passage of the tax in 1943 to $14,500 in 1944.  Voters would approve an additional ½ mill for the Fort Smith Public Library in 1957.

Mrs. Katie L Pardew was librarian from 1923 until 1949. During that time, she began the library’s Arkansas Collection.  Even though funds were limited, Pardew managed to put together one of the best collections in the state.

The Friends of the Library group was organized in 1951, becoming a significant source of volunteer and financial support that continues today.   From the proceeds of memberships, fundraisers, and book sales, the Friends have donated thousands of dollars for books, special equipment, and programs and services to supplement the library’s budget.

In the early 1950s, the Library Board began talking about remodeling the 40+-year-old Carnegie building, which was in need of repair and room for more books.  They also discussed the possibility of building a new building, since the old building did not provide enough room for the number of books a library serving a city the size of Fort Smith should have, according to accepted library standards. Some renovations were made to the building, but even with the changes, the building was no longer adequate for meeting Fort Smith citizens’ library needs. 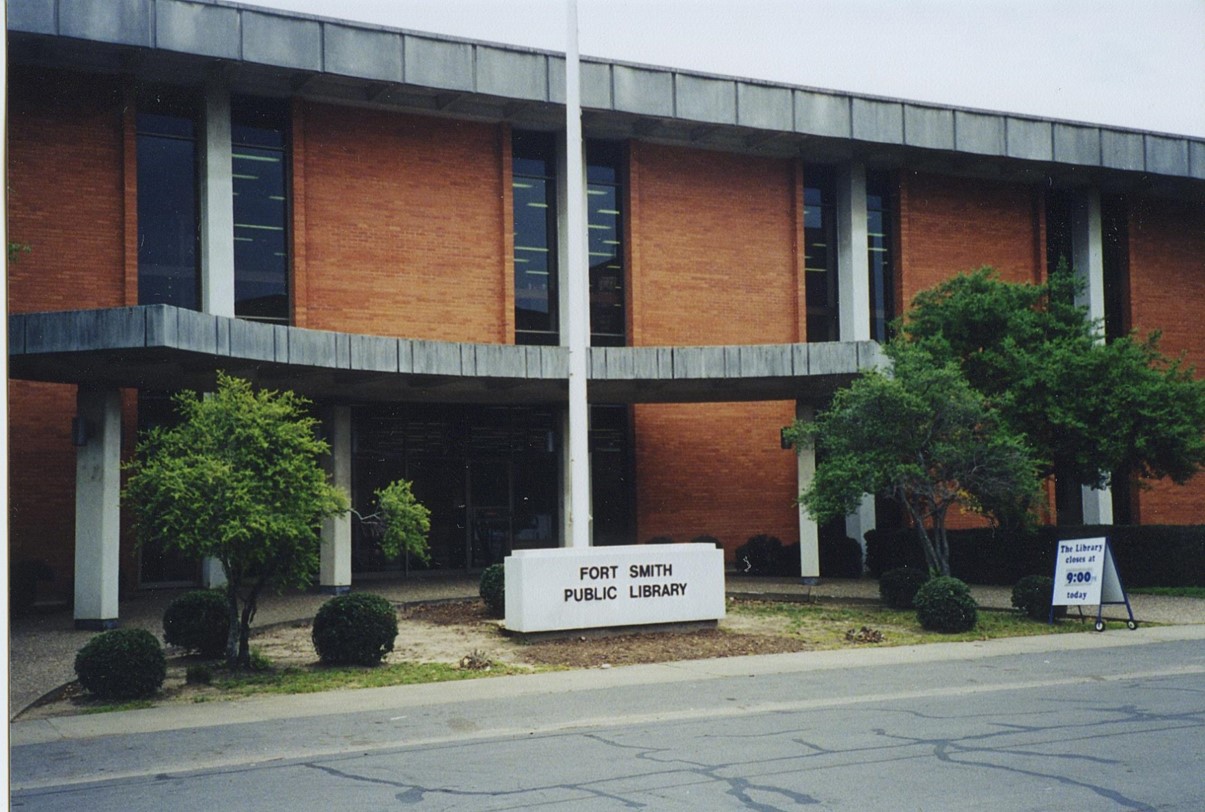 Construction on the new building at 61 South 8th Street began on April 10, 1969.  At 34,000 square feet, it was three times the size of the Carnegie building.  It was opened for business on September 8, 1970, with the name changed from Carnegie City Library to Fort Smith Public Library.  The official dedication ceremony was held November 13, 1970, with many prominent citizens in attendance including Senators John L. McClellan and J.W. Fulbright. 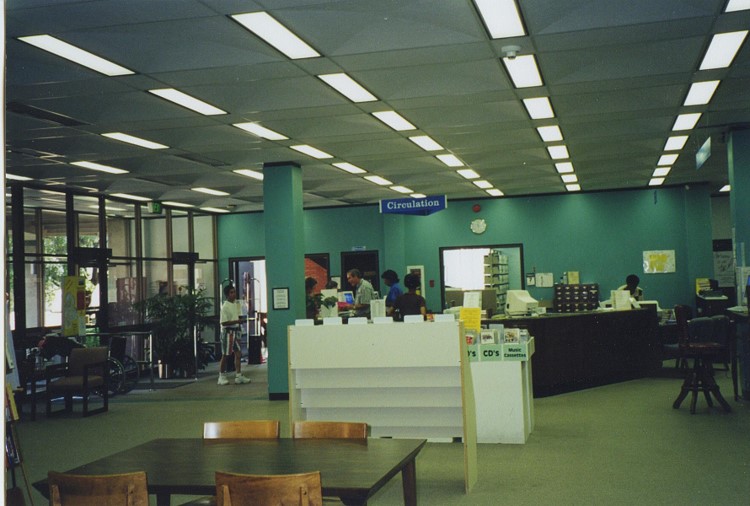 Gladys L. Krone had been director of the library from 1952 to December 31, 1971, when she retired.  Thelma Wray served as interim director until she was named director in April 1972.  Under her leadership, the Talking Books Department for the Blind and Physically Handicapped was established, the Genealogy Department was established, a new bookmobile was purchased, a large print book collection was established, and the collection of all books and other library resources and services continued to grow.  When Thelma Wray retired in September 1985, Larry Larson was named library director.  Larry continued the online cataloging and card catalog project began under Thelma Wray and on April 6, 1990, the library was fully automated.  The Fort Smith Public Library was the first in the state to become fully automated.

1995 was also noteworthy for another reason.  In November 1995, the library was finally awarded $1.4 million from the estate of Leah Cohn Arendt.  It had taken five years to settle a dispute over her will.  When the funds were awarded, the Fort Smith Public Library Endowment Trust was established.

Fort Smith voters approved the expansion of the library system on October 28, 1997, when they passed a temporary ½ cent sales tax to fund new library buildings along with expansion of the civic center and development of the riverfront.  Groundbreaking for the three new branch libraries was held January 16, 1999.

The north side branch was named the Windsor Drive Branch after its location at 4701 Windsor Drive.  It was dedicated on February 26, 2000.  The east side branch moved from its storefront location in Stonewood Village Shopping Center to 8100 Dallas Street and was renamed the Dallas Street Branch.  It was dedicated on March 25, 2000.  The south side branch moved from its storefront location at Market Trace Shopping Center and was renamed the Miller Branch, in honor of Robert and Joan Miller’s generous support of the library.  It is located at 8701 South 28th Street and was dedicated on April 29, 2000. 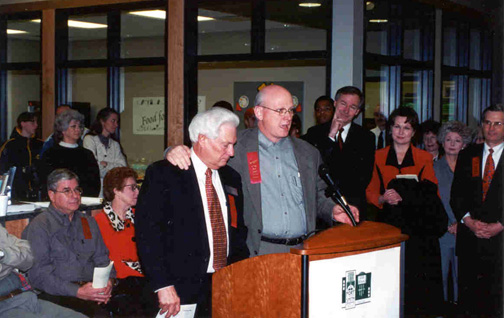 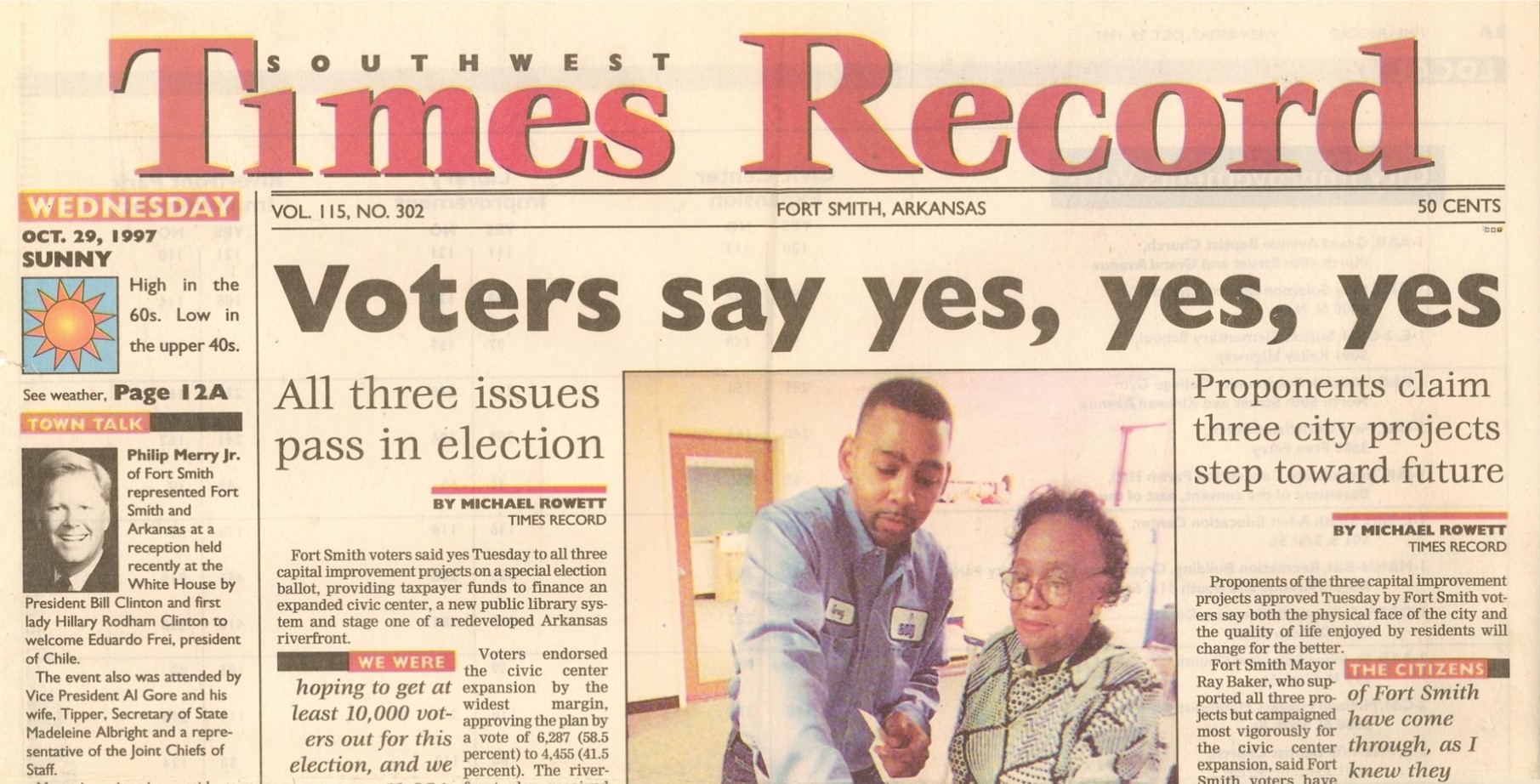 Construction on the new 67,000-square-foot Main Library located at 3201 Rogers Avenue began in 1999. It opened with a weekend of dedication ceremonies and celebration on February 23-25, 2001.

Larson retired as library director in January 2004.  He was succeeded by Jennifer Crawford Goodson, a native of Fort Smith.  Under Jennifer’s leadership, the library has continued to grow and expand.  Today’s Fort Smith Public Library offers improved access to libraries for all citizens.  No city resident is more than 2 ½ miles from a library location.  The library’s technology offerings are significant, including high speed wired and Wi-Fi internet access along with eBooks, downloadable audiobooks, online foreign language learning, streaming video, and more.  The library offers traditional print books, music, and DVDs for all ages and interesting and varied programs for a variety of interests and ages.  All four locations offer space for meeting and networking.  Library buildings, resources, and services are a source of community pride.

If the old model of the library was the inward-focused community “reading room,” the new one is more like a community “front porch.”