We are OUT of COVID-19 home test kits. Kits may be available at the Sebastian County Health Department: 452-8600.

We have been told that we will receive more kits, but we don't know when or how many. 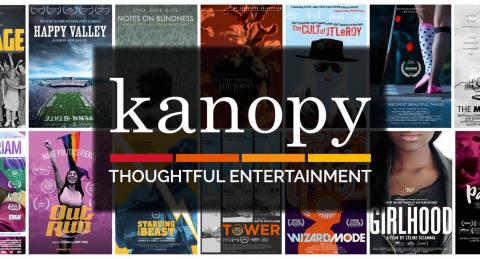 Kanopy showcases more than 30,000 of the world’s best films, including award-winning documentaries, rare and hard-to-find titles, film festival favorites, indie and classic films, and world cinema with collections from Kino Lorber, MusicBox Films, Samuel Goldwyn,The Orchard, The Great Courses, PBS and thousands of independent filmmakers.  Kanopy provides access to films of unique social and cultural value; films that are often difficult or impossible to access elsewhere, and programming that features diversity, with a wide array of foreign language films and films on race, and current events.

Films can be streamed from any computer, television, mobile device or platform by downloading the Kanopy app for Amazon Fire TV, Android, Android TV, Apple TV, iOS, Chromecast or Roku.